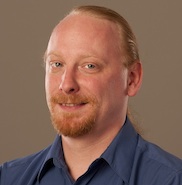 Jesse has a BS degree in Economics and Sociology from Portland State University. Formerly an audio recording instructor, certified Apple Macintosh technician and technology consultant, Jesse stumbled into his passion for making things on the web while building his first few sites to support an internet marketing campaign in 2006. When Jesse is not behind his computer coding, he enjoys camping, homebrewing, staying up on technology news, re-watching episodes of The Walking Dead and caring for his 6-foot iguana named Green Bean (whom he shares office space with). He still records music for fun and is an avid pro wrestling fan.